Earlier this week I posted the world exclusive first review of new book Xscape Origins. The book, by Australian journalist Damien Shields, tells the story of the eight Michael Jackson tracks which were remixed and released on the posthumous album Xscape.

Damien wrote the book after feeling aggrieved by the way Sony and the Michael Jackson Estate treated the artist's unreleased work. Instead of putting the songs out as Jackson created them, the companies hired outside producers to 'contemporise' them first. Then they prominently released the remixes and relegated Jackson's own work to a more expensive, expanded version of the album.

When it came time to promote the album, a lengthy documentary was created about how the outside producers had altered Jackson's compositions. Shields felt the album was presented as theirs, while Jackson's own creative process and visions for each song were barely discussed at all - a particular insult given that Jackson's own versions were universally superior to the remixes.

So Shields traveled to America to interview as many of Jackson's collaborators on the original songs as he could track down. In his introduction he makes clear that this is not a book about the Xscape album. It is a book about eight disparate songs from all different eras in Michael Jackson's career, which happened to be gathered together after he died and released on the same CD. 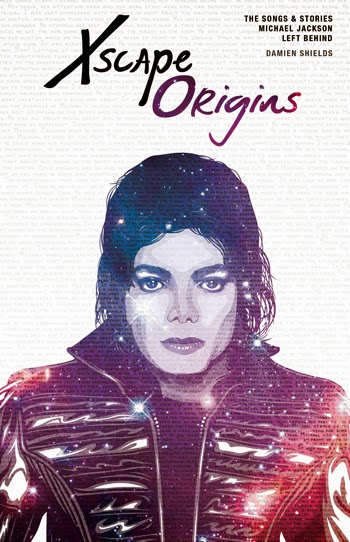 Upon the album's release last year I published an article on the Huffington Post, in which I drew on Jackson's own interviews and writings to present an argument as to why he would not have endorsed such a release.

Some fans who took issue with Jackson's philosophies, claiming he must have accidentally said the exact opposite of what he actually meant in each instance I referred to, have seized upon my book review as evidence of 'hypocrisy', saying I appear to now like the Xscape album. Perhaps they should have read the review before critiquing it. In it, I refer to Xscape as 'muddled' and 'uninspired'. I describe the remixing of Jackson's work as 'vandalism' and say the album was 'irredeemable'.

For those who do not understand my review - although I believe that their misinterpretation is largely willful - let me summarise: The album was bad; the book about Michael Jackson's creative process is good.


To read the full review, click here.
Posted by Charles Thomson at 14:46