Guardian columnist insinuates that Michael Jackson was a paedophile; Charles Thomson explodes the myths behind the 1993 case

The Guardian was today forced to disable the 'comments' function on an editorial about Michael Jackson after hundreds of readers voiced their disgust at the irresponsible factual inaccuracies that it contained.

Tanya Gold's bemusing rant about Michael Jackson provoked outrage as she lambasted the King of Pop, claiming that he couldn't write hits, wasn't a great dancer and that his innovation of the music video was meaningless.

Most shocking, however, was her strong insinuation that Jackson was a paedophile, which supported with a number of incorrect 'facts'.

This is a fiction.

The myth that Chandler accurately described Jackson's genitals is one that has been perpetuated by hack writers for over one and a half decades.

In 2007 Jacques Peretti - also a Guardian contributor - faced a barrage of OFCOM complaints after his pseudo-documentary 'Michael Jackson - What Really Happened' also rehashed this myth.

It is well documented that Jordan Chandler did not accurately describe Michael Jackson's genitals. Among other inaccuracies, he claimed that Jackson was circumcised, whilst police photographs proved that he was not.

Here is Chandler's drawing of Jackson's penis, which he gave to police officers 1993: 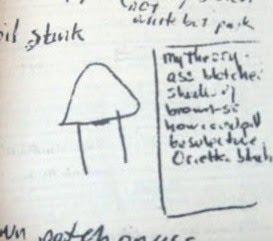 Damning, I'm sure you will agree.

Chandler's failure to corroborate his allegations - including his inability to accurately describe Jackson's genitals - was the reason Jackson never faced charges in 1993.

The media would have you believe that the reason Jackson never faced trial in 1993 was because he paid off the boy's family.

This is also bogus.

The investigation into Jackson's conduct began in 1993 and lasted long into 1994. During this prolonged period - long before the financial settlement was reached - Jackson was never arrested and he was never charged. This was due to a complete lack of corroborative evidence. DA Tom Sneddon took his 'case' against Jackson to three separate grand juries - all three refused to let him bring charges against the star.

But the media won't tell you that.

Ergo, the media's widespread claim that Jackson bought his way out of a criminal trial is a myth - he was never going to stand criminal trial in the first place. When Jackson settled with the Chandler family, he was not being prosecuted. He was being sued.

To claim that Jackson settled the case at all is also a myth, although that's not the way the mainstream media tells it.

Jackson never paid the Chandlers a cent in the 1994 financial settlement. It was the the star's insurance company which covered the costs, not the Jackson himself. Furthermore, documents prove that the settlement was arranged against the star's wishes.

All of this, Tanya Gold fails to include in her editorial.

It seems to have escaped Tanya Gold's notice that Jackson was acquitted and vindicated in his 2005 trial - a trial that included testimony about the 1993 case. As such, Jackson died an innocent man, and no person has the right to insinuate otherwise.

Interestingly, Gold - who never attended a single day of Jackson's trial - seems to believe that she knows better than the 12 jurors who sat through every nanosecond of testimony.

Such breathtaking arrogance is a problem that dogged Jackson for much of his career. The media has a habit of hiring clueless laypersons to offer 'expert analysis' on subjects they don't understand and Jackson fell prey to this trend more than his fair share of times.
The problem hit fever pitch during Jackson's trial. On weekday evenings in spring/summer 2005, shows like 'Richard and Judy' would regularly invite assorted columnists to offer 'expert opinion' on the star's trial. Presumably, none of these journalists had actually attended Jackson's trial, given that it was often in session in Santa Maria at the very moment that they were discussing it on 'Richard and Judy'.

Gold's pathetic editorial is indicative of the systemic failure of the British media to report accurately on black celebrities. Rather than physically check whether Chandler accurately described Jackson's private parts, Gold vaguely recalls hearing some other hack claiming that he did and assumes that this is proof enough. And if it isn't - who cares? You can't libel the dead anyway.

Another half hour of online research - which isn't too much to expect from a professional journalist - would have produced further evidence that the 1993 allegations were a crock. 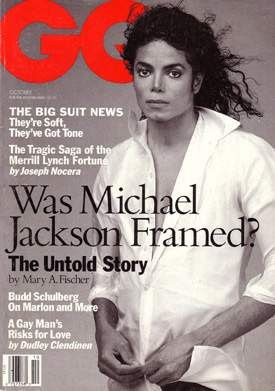 In the wake of the 1993 scandal journalist Mary A Fischer penned an article entitled 'Was Michael Jackson Framed?' The investigation appeared in GQ magazine and contained compelling evidence that the star had been set-up, including transcripts of tape recorded telephone calls in which the boy's father, Evan Chandler, was heard discussing his plans to extort money from Michael Jackson.
In 2004 Geraldine Hughes, legal secretary to Jordan Chandler's lawyer during the 1993 allegations, wrote a book called 'Redemption'. In the book Hughes detailed how she had witnessed, from the inside, the boy's father and his lawyer masterminding the plot to extort money from Michael Jackson, or destroy him if he didn't comply. 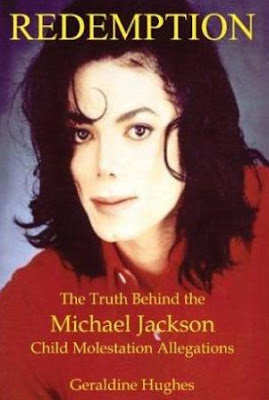 During Jackson's 2005 trial Jordan Chandler was called by the prosecution, but failed to show up to court. Instead his mother, June Chandler, took the stand. During her testimony she admitted that Jordan had legally divorced both of his parents and no longer spoke to either of them.

During a subsequent Q+A at Harvard University, Jackson's lawyer Thomas Mesereau revealed that the reason Chandler divorced his parents was allegedly because he was incensed that they had forced him to lie to the police and in doing so had destroyed his friendship with Jackson.

Mesereau also stated that had Chandler taken the stand, the defence had numerous witnesses lined up who were willing to testify that Chandler repeatedly told them he was never molested by Jackson and that his parents, particularly his father, had concocted the entire story.

Tanya Gold, like many journalists, would do well to research her subjects in future, rather than arrogantly concluding that her own ill-informed assumptions trump the proven facts. Of course, every columnist has the right to his or her opinion. However, what they do not have is the right to misrepresent facts - and they certainly do not have the right to label innocent men paedophiles.
Put simply - it is irresponsible. In the digital age, the Guardian has a worldwide internet readership. This means that a potential audience of millions could happen upon Tanya Gold's nonsense editorial, consume it and retain her bogus factual information. Similarly, Jacques Peretti's 2007 show was watched by millions and has been repeated incessantly ever since.
Writers - be they journalists or columnists - have a responsibility to their audiences. This is why research is of the upmost importance.
Tanya Gold has failed in her responsibilities. Readers put trust in journalists, particularly broadsheet journalists. Gold's editorial was teeming with factual inaccuracies.
Rarely have I seen such irresponsibility, particularly in a newspaper such as the Guardian.
Posted by Charles Thomson at 19:11