Life on the Road with Mr Dynamite

Tonight, HBO will premiere its new James Brown documentary 'Mr Dynamite', directed by Oscar-winner Alex Gibney. The movie charts the rise of the Godfather of Soul as he revolutionised the music industry and became a prominent philanthropist and civil rights campaigner. 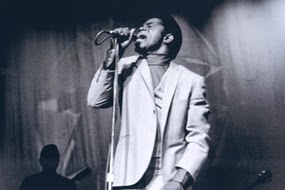 About 10 days ago I was contacted by HBO and asked if I would like to interview Clyde Stubblefield and Jabo Starks, the drummers who played on many of Mr Brown's most important songs. Of course, I leapt at the chance. The pair told me many hilarious stories about life on the road with the famously tempestuous star.

In a new Huffington Post article I have published, alongside extracts of my existing unpublished interviews with saxophonist Pee Wee Ellis and trombonist Levi Rasbury, some of what they had to say.


Click here to read the article.
Posted by Charles Thomson at 19:09