Film Festival - Part One - 'Hanks for the Memories'

The London Film Festival is upon us once more. Those who have been following my blog for a while will know that I am a huge fan and avid supporter of the annual event, organised by the British Film Institute. In 2010 I was an official correspondent, covering the festival for two American websites - Sawf News and the Huffington Post. This year I am covering it for one of the UK's largest regional newspaper chains, the Yellow Advertiser.

My festival calendar kicked off on Wednesday with a press conference for 'Captain Phillips', the new true-story Tom Hanks movie about a US cargo ship hijacked by Somali pirates. Mr Hanks was very funny, if somewhat unwilling to answer some questions seriously. He experienced a sustained grilling from Britain's cheeky showbiz reporters, but handled the onslaught well. I filed a report about the event last night, published today.

Click here to read my dispatch from the press conference. 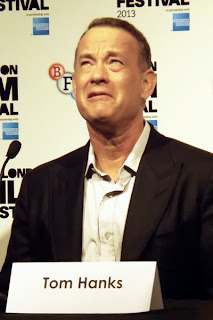 I took this picture at the press conference yesterday. For some reason, it looks like Tom Hanks is crying. He wasn't. It's just one of those funny moments where a camera catches somebody's face halfway through doing something else.

Here are some of my other shots: 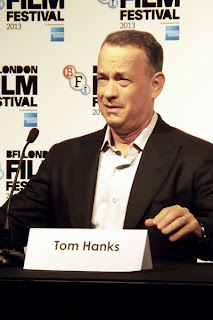 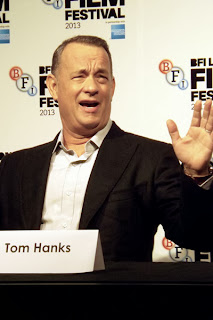 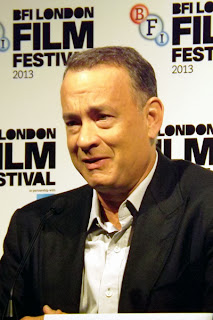 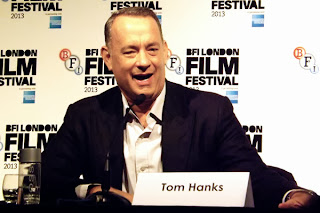 More on my festival adventures as and when more reports are published.
Posted by Charles Thomson at 02:27