My Interview with Lorette Luzajic

It was four months ago today that Lorette Luzajic first asked to interview me for her website. After many technical setbacks, our conversation has finally gone online.

With a decade's experience in the publishing industry, Lorette has three books under her belt. Her latest, 'Goodbye Billie Jean: The Meaning of Michael Jackson', is an exploration of the man dubbed the King of Pop and what he meant to the world.

The book comprises 51 chapters by 51 authors, each explaining what Michael Jackson meant to them and how he impacted their lives. Contributors include Pulitzer-winning journalist Chris Hedges, writer and Jackson friend Jonathan Margolis, playwright Kevin Craig and political activist Ralph Remington.

To find out more about Lorette Luzajic, visit http://www.thegirlcanwrite.net/


See below for an edited extract from 'Goodbye Billie Jean: The Meaning of Michael Jackson'.

It was a rainy summer in Toronto. Michael Jackson was everywhere. Fans, foes, neutrals - we'll all look back at this later and remember the summer of Michael Jackson.

The men at the ginseng and spice store seemed to love 'Jam'. It was pumping out of the shop every time my streetcar transferred on that corner of Chinatown.

'Heaven Can Wait' was playing at Wazema, where Ethiopian food lovers gather for amazing grub. Car stereos pumped 'Beat It' up and down the main drag of summer in the city. The Turkish-owned convenience store aroud the corner played nothing but 'The Way You Make Me Feel'. Vigils took place in Dundas Square and at MuchMusic. A 36-week special MJ film festival kicked off at Reg Hartt's Cineforum.

That's just my city, Toronto. Michael Jackson rocked the whole damn planet. There were millions of people playing his music all at once, all summer long and likely for years to come...

Who knew Michael had a fan club in Cameroon? Who knew that thousands of hardened criminals in hardcore prisons for hard time for hard crime would start gyrating in sync to falsetto 'hoo hoos'?

Who knew that butter sculptures and sand drawings and shrines would form from Iowa to Russia?

Fan club head Gary Taylor reminded suicidal fans that Michael would have wanted you to live. Suicide hotlines were getting distress calls after the funeral. Astonishingly, some fans did commit suicide...

A Russian Jackson impersonator named Pavel Talalayev slit his wrists but he was rescued. He was very perturbed about this. "I don't know why the doctors saved me," he said. "I want to be with Michael, and I will kill myself anyway."

The internet crashed under the gargantuan volume of information exchangers searching for, finding and creating information about Michael Jackson.

A two-day ritual ceremonial funeral took place in the Ivory Coast, where Michael was their prince. 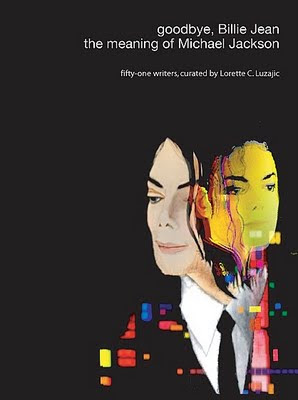 Posted by Charles Thomson at 02:42